By definition, ADVENTURE is an exciting, unusual or even bold undertaking.

On a KTM ADVENTURE RALLY, you will discover the true meaning of ADVENTURE and what it means to embrace the spirit of KTM. Charging down epic dirt roads, powering through uncharted forests, conquering extreme riding territory and sharing it all with like-minded riders.

The moment you arrive, the ADVENTURE begins. Non-stop action, insane outrides, diverse terrain, discovering new limits – and all packed into one ADVENTURE, the ultimate ADVENTURE – the KTM ADVENTURE RALLY.

Carrying the success of KTM Adventure Rallies in other countries, the third official South African event will be held over three epic days from 5 – 8 September.

Each day will start and end at the Golden Gate Hotel. There are three skill level routes which range from an easy but scenic Green route to a more technical and physically demanding Red route. For the riders who really want to challenge themselves and their machines, our infamous Orange route awaits.

WHERE IS THE EVENT TAKING PLACE?

Nestled in the rolling foothills of the Maluti Mountains of the North-Eastern Free State lies the Golden Gate Hotel in the Golden Gate Highlands National Park, which celebrates its 50th birthday this year.

The park derives its name from the brilliant shades of gold cast by the sun on the park’s sandstone cliffs, especially the imposing Brandwag rock that keeps vigil over the main rest camp. The highest point in the park reveals a breath-taking tapestry of red, yellow and purple hues as its warm shades merge with the cool mountain shadows towards evening.

The Golden Gate Hotel is perfectly situated on the 11 600 hectares of unique environment – a true highland habitat on the edge of the North-Eastern Free State in the Clarens and Harrismith area.

WHAT IS THE KTM ULTIMATE RACE?

For those who are attending this year’s KTM Adventure Rally on a 2-cylinder KTM ADVENTURE bike, KTM is excited to announce the chance of competing for a place at the 2020 KTM ULTIMATE RACE. This event will take place as part of the 2020 Merzouga Rally in Morocco, with a fully supported ride on the all-new KTM 790 ADVENTURE R.

The KTM ULTIMATE RACE is a once-in-a-lifetime opportunity at the Merzouga Rally for the top two qualifiers from each KTM Adventure Rally. Winners will compete in the 790cc class at the renowned Dakar series race in Morroco. The fully supported ride includes flights, accommodation, use of the new KTM 790 ADVENTURE R with a full race service, entry fees and a mechanic at the event. Some of the world’s finest riders will also provide coaching as Ultimate Race winners negotiate epic terrain.

The Merzouga Rally is a race over five days plus a prologue and includes a marathon stage in the Moroccan Desert. Stages are varied, navigation is key and the race enjoys entries from a wide range of abilities from amateur rally riders to the factory pros. The KTM ULTIMATE RACE will take place over Merzouga’s varied terrain in a route specifically designed with bike and rider in mind, in parallel with the pro class of the Merzouga Rally.

Those entering one of the KTM Adventure Rallies this year on a twin-cylinder machine will be able to sign-up for a qualifying race during the course of each event.

The top two riders from each of the KTM Adventure Rallies, which this year take place in Europe, Australia, New Zealand, South Africa, Canada and USA, will be awarded The KTM ULTIMATE RACE opportunity.

Highlights from the 2019 KTM Ultimate Race 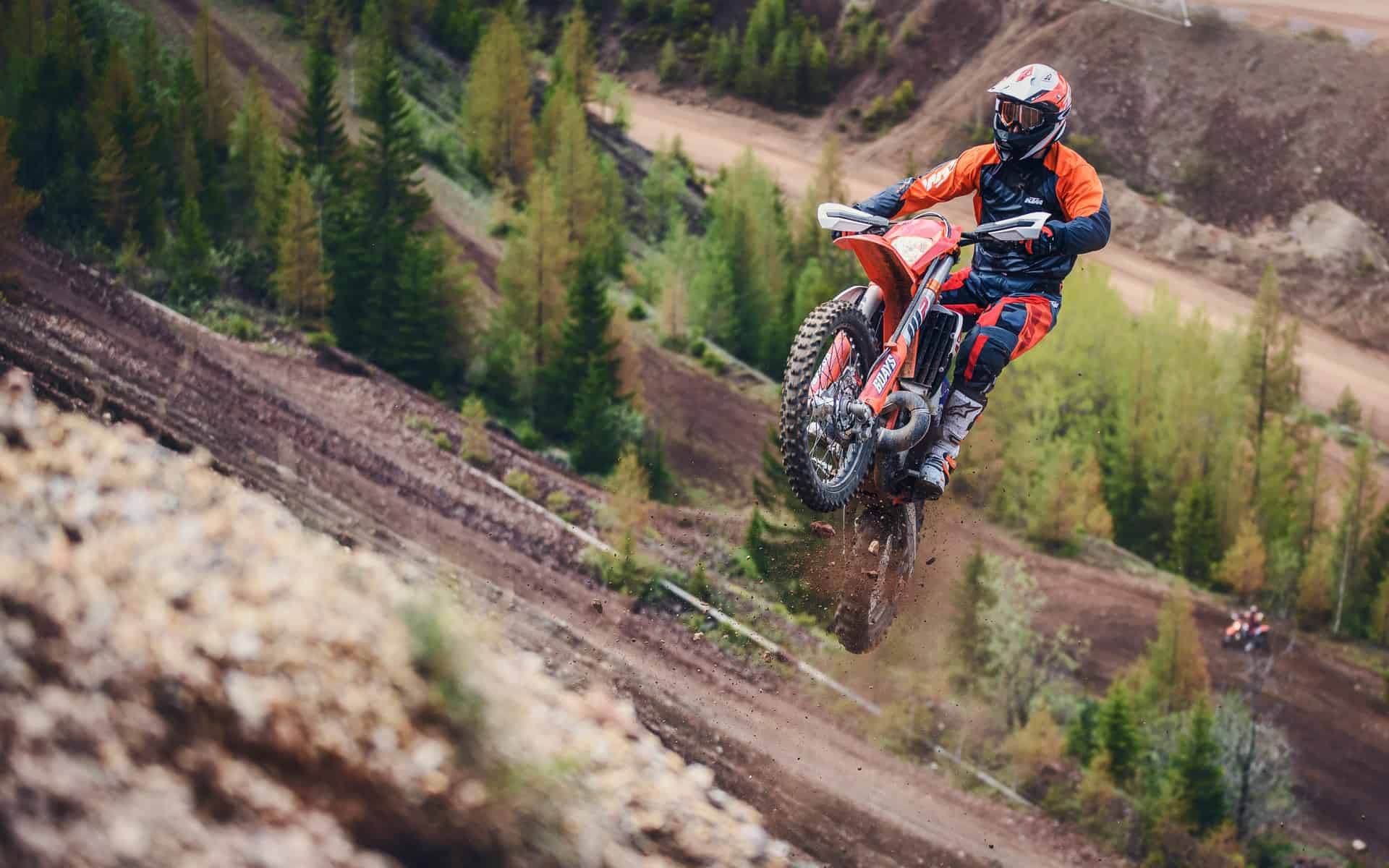 Join us on Sunday 21 January 2018 for a Raceworx Demo Day at the Wild West Enduro Track.

Take your bike around the specially created demo loop, then another loop with the 250TPi, 300TPi or 500EXC-W to feel the difference!

We also have an on-the-day “Worx Edition” special.

Looking forward to seeing you there.

The amazing Joey Evans will be at Raceworx KTM! 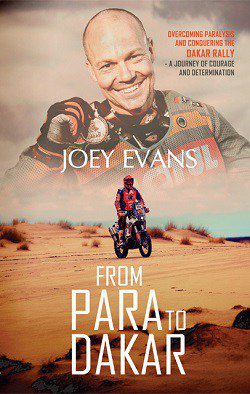 Join us at Raceworx KTM on Friday 3 November and meet the inspirational Dakar hero Joey Evans!

“Doctors said I had a 10% chance to walk again. I had a dream to race my motorbike in the Dakar Rally. A race considered to be the toughest off-road race in the world. My dream was shattered, when in 2007 during a local race, I sustained serious injuries, crushing my spinal cord and leaving me paralyzed from just below my chest” – Joey Evans

Join us for this exciting event to meet Joey and have your picture taken with this remarkable legend.

You are welcome to join us for drinks and snacks.

Can’t wait to see you there!

Click HERE to view a video where Joey talks about competing in the Dakar. 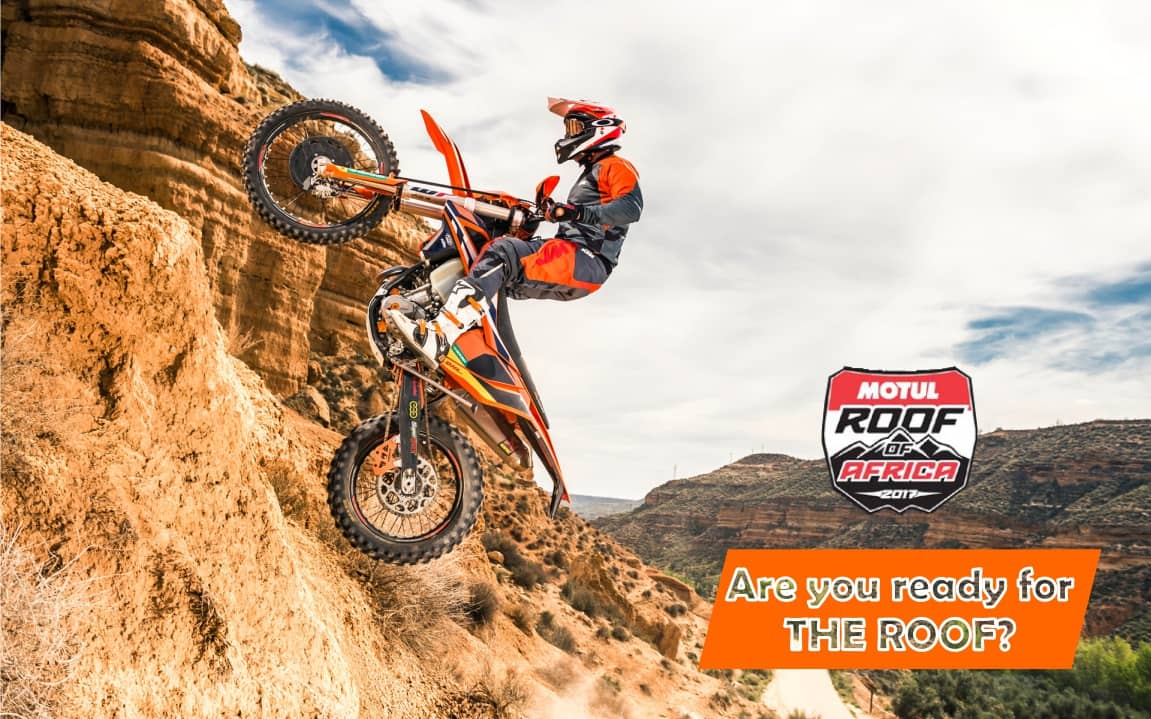 Is your bike ready for the Roof of Africa? Our Raceworx KTM Roof of Africa 2017 Support Package is now open for bookings; we have limited space, so don’t hesitate, call us or send an email to service@raceworxktm.co.za asap to make a reservation for your bike.

Keep in mind we can also collect-and-deliver your bike, let us know if this is an option so we can include it in your quote.

Click here to use the KTM Spare Parts Finder